Project Venus at the Rake

There’s a widely held belief that women don’t drink beer and don’t like beer. It’s no doubt true that more men drink beer than women. But whether that is because fewer women actually enjoy, or would enjoy, beer is more debatable. Perhaps the preferences are more cultural than taste-driven? Certainly, the beer world has come to be viewed largely as a man’s world, a concept that has been reinforced by the distinctly laddish slant to most beer advertising and the outdated perception of pubs as spit and sawdust, male-dominated, drinking dens. 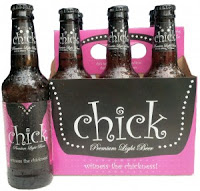 In recent times some of the big beer companies have decided to tap into the female market by promoting beers aimed specifically at women. But they are invariably anchored on the questionable assumption that women and men want different things. That, in order to capture that market, you need to produce something “female friendly”, whatever that may be. That women prefer something, well, girly. So, when Molson Coors announced the launch of their Animée beers, their major innovation was to make one of them pink. No stereotyping there then. The best Carlsberg could manage was Eve, a low ABV, lychee-flavoured concoction made with rice. Although they do also have their “gender-neutral” Copenhagen brand. And, as for Chick Beer – well, even the Facebook and Twitter symbols on their website are pink. These seem to me to be nothing more than dubious marketing wheezes that do nothing to challenge stereotypes and plenty to reinforce them. Maybe it’s just the women I know, but most of them are quite eclectic in the types of beer they enjoy and would regard this nonsense as offensive were it not so laughable.

One initiative that is doing something to tackle stereotypes and raise the profile of women in brewing is Project Venus, a group of female brewers in the UK and Ireland, who are getting together to produce a collaboration brew now and again. Of course, as any fool knows, brewing was not always a man’s world. Long ago it was very much the province of women, although probably more in the nature of a domestic activity than a business venture. Once brewing began to get more industrialised, the role of women declined. Thankfully nowadays there are a fair few women back in brewing and the numbers seem to be on the increase. Project Venus seeks to publicise and encourage that.

Unfortunately, I missed the first Project Venus beer - Venus Jade, which appeared earlier this year. However, I was on hand at the Rake on Monday night to sample their second creation, Venus Rouge, and met a couple of the protagonists. The beer was made at Oldershaw brewery and the collaborators on this occasion were Kathy Britton of Oldershaw, Sara Barton of Brewsters, Michelle Haydock Kelsall of Offbeat, Sophie De Ronde of Brentwood and Sue Hayward of Waen. The beer is 4.2%, reddish amber in colour, hopped with Chinook, Summit and Cascade. There’s a moderate but assertive grapefruit presence in the aroma, with some floral notes. On the palate there’s a developing citrus character, with orangey/marmalade elements in the forefront, underlaid by a quite chewy, toasty malt backbone. Just a touch of sweetness is offset by a firm bitterness on the finish. Overall it’s a very drinkable pint with plenty of body. So, whilst it’s a beer made by women, it’s by no means a beer aimed just at women – anyone can enjoy this regardless of gender. I know I did. And I’m pleased to report that Kathy Britton assured me the women of Project Venus won’t be getting too pink any time soon.
Posted by chriso at 15:33

Chris, this is a perfect write up of both the beer (I was there on MOnday and enjoyed the beer even more than the lovely Venus Jade, the first ale made by the ladies) and the issue- finally a man who understands that we don't need special beers made for us, just open minded, welcoming people in pubs, unpatronising bar staff and good pubs to drink it in. Well said< I salute you!