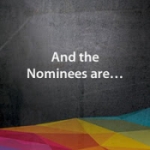 It's that list time of year so let's get it over and done with. First of all, my most promising new breweries of 2011. Some of these may have started in 2010 but I didn't come across any of their beers until 2011. In most instances I do not have a huge body of evidence to work with. In some instances I've tried just one or two beers from the brewery concerned. But I have high hopes for all of them and look forward to getting the chance to try more of their beers in 2012. Oh, and there's no outright winner here, just a "best of " list in no particular order of merit (alphabetical actually).

BETJEMAN
I first came across beers from Pitstop brewery in 2009 at Reading beer festival. Three beers, three imperial stouts and pretty damn good ones at that. At the time, the beers were brewed at Bellingers garage near Wantage, an enterprise that had already attracted attention for incorporating a shop that stocked a crazy range of beers in a most unlikely location. Subsequent beers, such as the appropriately-named The Hop reinforced the impression that this was a brewer with a distinctly idiosyncratic approach. Since then the Pitstop brewer, Peter Fowler, and Bellingers have parted company. Peter is now running the Shoulder Of Mutton pub in Wantage and a brewery at the pub is in the works. In the meantime, Peter is brewing beers under the Betjeman name at a couple of local breweries. I can't say I was surprised that the first Betjeman beer I encountered - Sebastopol - was an imperial stout. And a pretty damn good one. I've not yet encountered any more Betjeman beers but I have little doubt that, when I do, they will be in the same uncompromising mould.

Regular visitors to Reading beer festival may have noticed Binghams beers on sale there as "charity" beers for a few years. However, Binghams went fully commercial in 2011 and are showing a welcome degree of adventure, including some interesting stouts and IPAs, in their line-up. So far, I've been most impressed by their Coffee Stout and its Vanilla variant, but all the beers I've tried have been extremely solid. Binghams beers are mainly available in pubs in and around Reading but they have recently started bottling their beers, which can be bought from their on-site shop, or online from their website.

I don't know much about this outfit other than that they commenced brewing in the Spring of 2011 and are based in Coventry. I came across two of their beers at Egham beer festival in August but have not seen them anywhere else. Phoenix Gold made good use of American hops, as did their Urban Red. Both were well-balanced and exceedingly drinkable. Coventry Bitter, a more traditionally styled session bitter seems to have made a good impression too but I haven't come across that one yet. I have to admit that Coventry is not a place that is high on my list of places to visit but I hope to see more of Byatt's beers in the year ahead.

Good, purpose built brewpubs are rather rare in the UK. Based in an old foundry building in Canterbury, these guys seem to have made a good job of it. I say "seem" because I've not got round to visiting yet. The beers I've tried have been thanks to hand-bottlings by my friend, and Kent resident, Ian Harrison and a couple of sightings at festivals. There's no shortage of ambition here - they have tried their hand at a number of more interesting styles, including American and European, and have generally succeeded pretty well. I particularly enjoyed their Foundry Red Rye and Street Light Porter. Some barrel-aged beers are on the way. Time for a visit to Canterbury methinks.

I've written about this outfit before so won't say too much more here. Just that Steve Gray, the brewer, is producing some very decent beers from a small brew kit located in the pub kitchen and that the Bull is a very convivial setting in which to enjoy them. I've particularly enjoyed their Nervous Energy, an American influenced pale ale using plenty of Cascade and US Brewers Gold hops but retaining a high level of easygoing drinkability.

It's hard to believe that Magic Rock has only been in operation since May 2011. Their beers have already made a big impression and there's not really much more that I need to say here. Although Magic Rock makes excellent beers across the board, and has some very weighty, strong and impressive specimens in their range, I enjoyed Curious as much as any. Not least because it was one of a number of sub 4.0% beers appearing during the year demonstrating that relatively low ABV does not necessarily equate to low flavour and impact. And, for me, it was strong contender for being the best of them.

Redwillow brewery is based in Macclesfield, Cheshire and actually started brewing in late 2010 but I didn't get to try any of their beers until well into 2011. From what I've seen so far, I'd be surprised to find too many boring brown bitters in Redwillow's portfolio. Ageless, a 7.2% IPA, was my pick of the beers I've tried up to now and I liked Smokeless a lot too. But I've not had one that I did not enjoy.

A small outfit based in a small village in Hampshire and firmly focused on a local market so it might take a bit of effort to sniff out their beers. Staying local is certainly a business model that has attractions but many of the brewers that adopt it stick to making firmly traditional ales that are, frankly, a bit boring. Not so with Sherfield Village. Whilst they do include some rather traditional offerings in their repertoire (and nothing wrong with that), they also spice things up with a good number of beers making generous use of New World hop varieties. Of the Sherford Village beers I've tried so far, I've been most impressed by Solo Quintessential and Pioneer Stout. 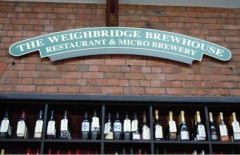 Primarily a brewpub (and a rather foody one by the look of it), located on the old Archers brewery site in Swindon. I've not visited because, well, I can think of very many places I'd rather go to than Swindon. It wasn't until the end of the year, at Pigs Ear beer festival, that I first experienced their brews. Three were available and, although there was nothing particularly innovative in terms of beer styles - two bitters and a golden ale, they were all excellent examples and stood out amongst a lot of rather similar beers at the festival. I've been too lazy to write up my reviews yet, but I particularly enjoyed Pooley's Gold. 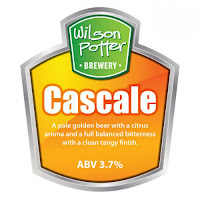 Another latecomer, which commenced brewing in September 2011 and I have to admit I had not heard of until I saw a couple of their beers, again at the Pigs Ear festival.. The first beer I tried - Cascale - was a real corker. The people behind Wilson Potter are two women - Kathryn Harrison and Amanda Seddon - and I see from their website that they visited Tara Mallinson to get some tips before they started the brewery. That does not surprise me one bit as the Cascale - pale and hop driven with lots of juicy, tangy citrus - exhibited many of the characteristics I've typically come to expect from a Mallinsons beer, and I mean that as a compliment. I'm very much looking forward to trying more from Wilson Potter in future.

So, that's the newcomers dealt with. In the next couple of days I'll put together my Ten To Watch For 2012 list. Not necessarily that new, not necessarily too obscure - just those that I expect to kick on to better (and bigger?) things in 2012. In the meantime, happy new year to one and all.
Posted by chriso at 15:51